Ducati announced small updates to its Streetfighter V4 models, making it Euro 5 compliant, and added a new “Dark Stealth” matt black color option for the V4 S. All told, the changes for the 2021 model are pretty subtle, which makes sense for a model introduced just a year ago.

To get the Streetfighter V4 compliant, Ducati modified the exhaust system and tweaked the engine calibration. From the outside, the silencer looks the same as the previous version, but inside, it employs larger catalysts and different noble metals, helping reduce emissions. The exhaust manifolds on the rear cylinders were shortened by 3.9 inches and their diameters were reduced by 0.2 inches to 1.5 inches. The smaller manifolds led to a new, more compact rear heat shield design. Ducati also added four lambda probes, one for each cylinder, to provide more refined control over the fuel injection. Ducati also gave all 2021 Streetfighter V4 models a new self-bleeding front brake and clutch pumps derived from the components used on the Superleggera. Ducati is just getting started with its 2021 model announcements. With no EICMA show this year, Ducati will instead be releasing five online presentations previewing its 2021 lineup, starting with the Nov. 4 reveal of the Multistrada V4. 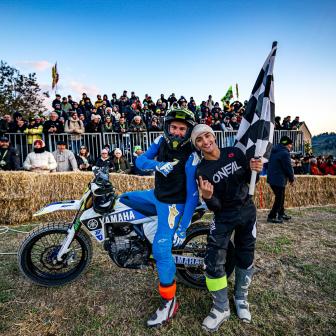